How to grow homeownership amongst Black and Asian communities 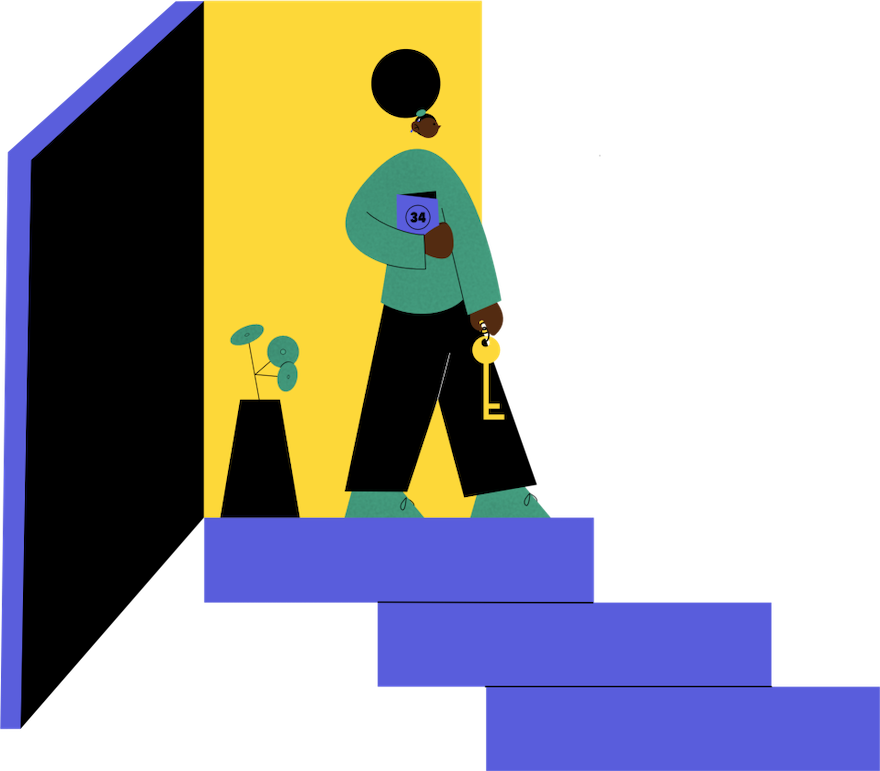 As one of the few minority-led companies in the UK real estate space, District 34 is sorely aware of the barriers to homeownership for different groups. Here's what we know about the problem – and how we can all solve it.

As one of the few minority-led companies in the UK real estate space, District 34 is sorely aware of the barriers to homeownership for different groups. This comes from both personal experience and our analysis of government data. Each barrier becomes a point of focus for us, as something that our growing technology toolbox can take aim at and tear down.

Events are an important part of our development pathway because they are a two-way street: we obtain direct feedback from real people, while they learn about things that could help them on their journey onto the ladder.

In that vein, we recently partnered with Paradigm Network to cover the low rates of homeownership amongst Black and Asian communities. This built on the research we had already done from our previous event in June, ‘Not Staying Silent’, where we provided data support to the hosts, financial adviser Emmanuel Asuquo and campaigner Paula Perry, as part of their efforts to raise awareness during the Black Lives Matter movement.

As is often the case with systematic inequality, the obstacles can be mapped out from the early years of someone’s life through to adulthood, with compounding effects as they go.

We didn’t have the chance to go through all of the contributing factors in our live event, so we’re writing up even more facts and figures here to explain the inequality in more detail and help our first-time buyers understand why this is such a pressing problem that we need to solve.

When we look at the data behind the percentage of households who own their own home, this is one where we see a truly glaring inequality faced by Black communities. Only 20% of Black African households own their home, compared to White British households at 68%. This was the same for other ethnic minorities, although to a lesser extent: Black Carribean (40%), Chinese (45%), Bangladeshi (46%), and Pakistani at 63%. The only ethnic minority to outperform is Indian, at 74%.

The data here demonstrates a real emphasis on education and school attendance from parents within Black African, Indian and Chinese communities.

Further, Black and Asian communities perform better than other ethnic groups at school, even when they experience poverty. We saw that even those from Black communities on free school meals (generally a good proxy for low socio-economic status) were out-performing their peers. At ages 11-16 Indian, Bangladeshi, Pakistani, Chinese and Black African children continued to excel academically, even when they were on free school meals.

This blows any ill-informed ideas that educational performance is linked to genetics or intelligence out of the water. It further suggests that lower employment or achievement in later life is a consequence of social inequality rather than merit or personal performance.

Further, the fact that Black African and Indian (3.7%) children show similar rates of absence and achievement, but wildly different outcomes in later life, points to the fact that there is so much more at play than a simplistic suggestion of merit or potential.

It is also important to point out that while Black African absence sits at 3%, Black Caribbean children have an absence rate of 5%. Superficial interpretations of race and ethnicity often attempt to lump all groups together into a monolith – for example, using the acronym ‘BAME’ (Black, Asian, minority ethnic). The more you examine the data in detail the more you can see that cultural differences and backgrounds are important in determining the life journey of all of the groups we’re discussing.

If this is an area you’re particularly interested in, our team recommends Superior : The Return of Race Science by Angela Saini.

Beyond 16 years of age

After years of high achievement and attendance, the age of 16 marks a serious drop-off point for Black performance in schools.

At this point (the A level years), the data shows a strong decrease in performance. While 12.9% of all students get 3 A grades at A level, Chinese students sit at 22.5%, Indian students at 15.3% and Black African students at 5.6%. Those early leads have been dramatically lost.

There are a couple of potential reasons that we have discussed in previous live events:

And while Bangladeshi and Pakistani students are also more likely to live in poorer areas and out-perform Black African and Black Caribbean students (3.5%) at this stage, their early impressive performance also drops to 7.7% and 7.3% respectively.

At university subjectivity is at play. Exams are no longer marked anonymously by a third party exam board and unconscious bias or preference can certainly creep in as university tutors get to know their students, and let their stereotypes or prejudices affect their marking and interpretation of performance.

They are under-represented in powerful industries like finance, but over-represented in various areas of the public sector, such as care and education. This means that fewer Black people are getting access to higher incomes, than other ethnic groups.

Further, in spite of their excellent academic performance during their early years Black employees can expect worse job prospects – according to a recent US-study, for every 100 men who are promoted in an organisation, only 58 Black women are promoted.

There’s an obvious link between the type of employment and level of income. Around 50% of Black, Bangladeshi and Pakistani people are earning less than £500/week, which works out as £26,000 a year. That’s partly because of the sectors they are working in, as mentioned above. Contrast that with 46% of Indian people earning in the top income bracket of £900 or more a week, and 33% of white British and 40% of white other earning the same.

Huge income disparities sit at the heart of low levels of homeownership. Your mortgage will be calculated based on multiples of your income, meaning that even if you’re fortunate enough to have a large deposit (unlikely when your job is low-paid and your bills so high), you’re still likely to miss out on homeownership if your income remains low.

The face of business leadership

When we looked at the data behind the leadership of small and medium businesses, it’s clear that there is a very small percentage of minority representation at the top. We know that this is the case and in fact even worse for larger companies, but unfortunately it’s also true of smaller businesses.

This means that policies and decisions are being made that affect Black people but ultimately don’t involve them.

Living in areas of deprivation

Who lives in the most deprived neighbourhoods? Pakistanis at 31%, Bangladeshis at 28% and then Black African at 20%.

Let’s then look at the percentage of income spent on housing – we’ll contrast the highest rate with the lowest.

This contrast is not because the rent for Black African people is that much higher but rather that their income is so low.

We know that it takes a considerable length of time for the average Londoner to save for their deposit. This is made so much harder for people who earn less and have to spend more on just the basics.

The next relevant data point is the percentage of people without access to a car or van. 41% of Black people have no access to private transport and so public transport is their only option. This is the highest percentage of all ethnic groups in our data set.

How can we change this picture of homeownership?

The data paints a very clear picture of the challenges faced by a number of Black and Asian population groups throughout their lifetime.

Black African, Black Caribbean, Bangladeshi and Pakistani people are disproportionately born into deprived neighbourhoods, grow up in poverty and on free school meals, have limited access to private transport, experience systemic prejudices throughout education and then in the professional world.

The system is geared against these groups in many ways. If we were to think of homeownership as a console game it would be accurate to say that they’re playing the game at a far higher difficulty level.

For us it’s not just about laying out the problem and backing it up with data. It’s about finding the solution and acting on it where we can. How can we be part of the answer? We believe in actions, not words.

That’s why we’ll continue to partner with Paradigm Network and our advisor Yẹmí Aládérun (architect, major projects manager and ex-RIBA council member) to change the makeup of housing from the development side.

We’re also working with individuals to help them escape the rent trap and get on the housing ladder. No matter where you’re at on your homebuying journey we believe we’ll be able to help. And from our success stories (due to be launched in 2021) you’ll see that we’re helping people just like you.

At the heart of the inequality we've outlined in this article is a wealth and knowledge gap. Existing homeowners are able to pass along the home equity and learnings they have from their own journey, but those groups who have no homebuying role models around them often feel like they're going it alone; they've got no-one to learn from as they make their way.

At District 34 we bring that knowledge and community – and we encourage you to start building your own wealth. Join our live events, read up on our blog and jargon buster and start asking us questions about your own personal situation and how we can help. And book yourself in for a free 15-minute Gemfinder 1:1 so that we can help find areas of London that actually are affordable for the average Londoner. Get in touch via our live chat and we'll help you get booked in.